Why radical transparency in businesses has become so vital

A TV host takes supermarkets to task on BBC’s Watchdog programme after her daughter’s Halloween costume catches fire. A chemical previously thought harmless and contained in thousands of consumer products suddenly shows up on an official list of extremely hazardous substances. A company with a strong public commitment to sustainability discovers inadvertently that much of the palm oil used in the products piled up in its warehouses come from unsustainable forests in Vietnam and Indonesia.

Today’s consumers no longer take what they are told on trust; they want proof for a company’s claims

What do these corporate scandals have in common? They are instances of companies being seriously damaged–their reputations tarnished; public distrust destroyed; millions or even billions wiped off their balance sheets—not through any obvious mistake or conscious deception on their part, but because they have not managed their supply chains proactively enough.

To protect consumers every new product must comply with a growing and sometimes bewildering array of safety and sustainability assurances. Some are mandatory; others voluntary. Undertaking inspections; collecting and organizing certificates; storing them in readily accessible formats–all this takes time and every day of delay in getting a new product onto the shelves means lost sales and lower sales bonuses.

Now for every product there is a supplier and nearly every supplier has in turn its own subcontractors. And those subcontractors may have their own subcontractors in turn. Each main manufacturer may get inputs from a host of different factories in different countries and its raw materials from an equally wide range of sources. These complex supplier networks are in constant flux, realigning themselves in response to shifts in demand, competitive positions and exchange rates. The retailer may think it has all the appropriate documentation in place but it may miss that a main supplier has recently switched to a new less reliable sub-supplier or is now buying its raw materials from an unsustainable source. If the retailer has put its brand name on the product the risk to its reputation and its directors is much greater. But even where it hasn’t if the product doesn’t live up to expectations the consumer is often more likely to remember where it was purchased rather than who actually made it.

Every year the public relations firm, Edelman, publishes a barometer or survey of public trust in business and government. In their most recent one published last month, people were asked ‘what companies could do to gain their trust’. The number one thing, respondents said was ‘pay expected levels of tax’, but both ‘responsible behaviour’ and ‘increased transparency’ came close behind, scoring ahead of ‘improvements in service, customer care or even driving growth in the economy at large.’

In contrast, at last year’s World Economic Forum in Davos, a survey of chief executives by consulting firm PWC reported CEOs citing overregulation as the biggest perceived risk to their business. What are they talking about? Though perhaps perceived as a nuisance the average cost of compliance as a proportion of a company’s turnover is usually 0.05% or less. 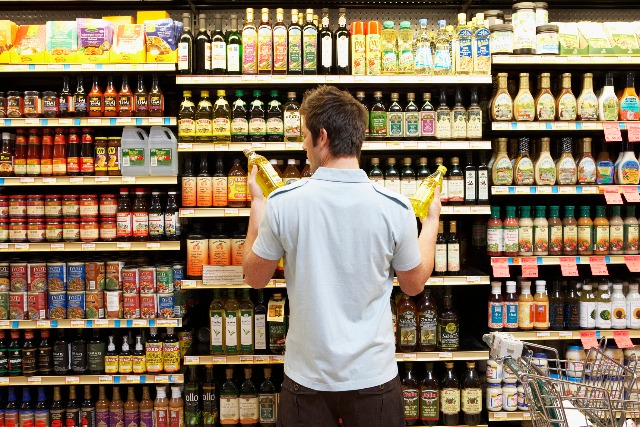 Today’s consumers no longer take what they are told on trust; they want proof for a company’s claims. This is not an unreasonable demand in a digital age, in what has become known as ‘the industrial internet of things’. Today everything can be tagged, tracked and directed. This means that an increasing portion of the value added to even a physical product is its digital component. Bit by bit (pun intended) manufacturing is becoming less about the ‘product’ and more about the ‘service’. With QR codes (the small square smart-phone-readable bar coded label) the customer can look over the company’s shoulder.

A small UK- based Community Interest Company with Pastures for Life as its brand thinks you have a right to know where your beef comes from and some assurance it wasn’t’ locked in a shed and stuffed with energy and water hungry grains. Using a smartphone to scan the QR code on that hamburger packet in the supermarket you can find out not just what ‘pastures for life’ stands for but all the details about the individual animal you are thinking of eating: the breed, where it was reared, how old it was when it was slaughtered and even (though you may prefer not to know this) its name.

The same technology could in theory tell you everything you want to know about any product you are thinking of buying. It could be used to give you all the details of what it is made of, who made it, and where it was made. Granted tracing back to their origin all the myriad components in your smartphone is an infinitely more complicated task than tagging a steer or a tree. But even if complete transparency for everything we buy is a long way off, we can go a lot further down that road than we have to date. We shouldn’t let the perfect be the enemy of the good. Just the public commitment to increasing transparency may help bolster trust in a company.

The truly enlightened company, however, will not see transparency in the supply chain merely as extra insurance or even as a brand differentiator. With their buying power UK corporations can have a positive influence on business practices and sustainability on a global scale and over a long timeframe, with positive consequences far beyond anything any national government regulatory environment can hope to achieve.

Back in 2009 Unilever, the largest user of palm oil in the consumer goods industry, made a public commitment to obtaining 100% of its palm oil from sustainable sources. With sustainability commitments like this some feel Unilever have made themselves a hostage to fortune. Others though see Unilever as part of a vanguard changing the face of the modern multinational corporation. The time has come for the leaders of individual firms to make up their own minds whether they want to be behind the curve, or out ahead of it, whether they want to drag their heels on global responsibility and transparency or lead the way.