Slavery in the supply chain 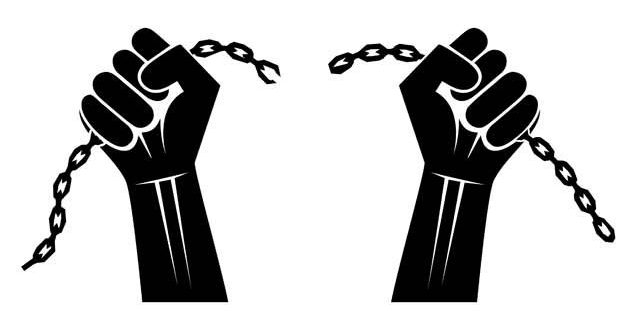 According to the International Labour Organization (ILO) there are more than 20 million forced labourers around the world today. The Global Slavery Index estimates the number is closer to 40 million. Many of these modern day slaves are working in the supply chains of western corporations, and the ILO estimates that roughly $150 billion of illegal profits are generated each year through the exploitation of enslaved people worldwide. Anti Slavery International believes that a large proportion of clothing, cotton in particular, has some element of slave labour involved in its production. Western society is profiting, albeit inadvertently, from the suffering of these people.

According to a report by the Responsible Sourcing Network, the Government of Uzbekistan has for decades been forcing up to a million of own its citizens to work in the yearly cotton harvest. Much of this cotton finds its way into global supply-chains, and the products that are sold by Western retailers (with some big high-street names getting a particular mention).

Another common sector for forced labour is fishing, particularly in South-East Asia. In a year-long investigation, the Associated Press talked to more than 40 current and former slaves in Benjina, Indonesia. The investigators documented the journey of a single large shipment of slave-caught seafood from an Indonesian village, tracking it by satellite to a Thai harbour. Upon its arrival, AP journalists followed trucks that loaded and drove the seafood over four nights to dozens of factories, cold storage plants and the country’s biggest fish market. The tainted seafood was seen to mix with other fish at a number of sites in Thailand, including processing plants. U.S. Customs records show that several of those Thai factories ship to America. Although the factories also sell to Europe and Asia, the AP traced shipments to the U.S., where trade records are public.

It is in recognition of this unsettling fact that new laws have been enacted to try to tackle the problem. In the US, the Dodd-Frank Act (2012) requires companies to determine whether their sub-tier suppliers are sourcing vital minerals like tantalum, tin, gold, or tungsten from war-torn central Africa. The White House has committed to stepping up policing of anti-slavery measures already on the books and to updating federal acquisition regulation (FAR). Here in the UK, last month saw the passage of the Modern Slavery Bill, and the anti-slavery powers came into force today. The focus is on the role of business, with new obligations on companies to report the steps they are taking to tackle human trafficking and slavery in their supply chains. Importantly, these disclosures are to be signed by a company director, creating clear accountability. Speaking about the new legislation as he became the first serving British prime minister to visit Vietnam, David Cameron vowed to stamp out the “abhorrent trade” of human trafficking. Vietnam is one of the most significant source countries for victims of human trafficking in the UK, and the Prime Minister is expected to offer further cooperation between UK and Vietnamese authorities to combat it.

Customers are increasingly looking for assurance that the materials or products they buy have been extracted and produced in an environmentally and socially responsible manner. Consumer demand for verified responsibly sourced products has become the new normal –according to a study conducted in 2013, 87 percent of global consumers are “very likely” to consider a company’s social and environmental commitment before deciding what to buy and where to shop, and 90 percent of global consumers want companies to go beyond the minimum standards required by law to operate responsibly and address social and environmental issues. A survey released recently revealed that the vast majority of consumers would stop buying a product if its manufacture involved modern slavery and would be willing to pay up to 10 percent to ensure products were produced without exploiting workers.

Clearly the risks, both regulatory and reputational, for organisations with long and complex supply chains, are more pronounced than ever. Companies with poor supply chain visibility risk being targeted by NGOs, or spurned by consumers. Chain of Custody practices and traceability measures are essential. Traceability is the ability to identify and trace the history, distribution, location, and application of products, parts, materials, and services. A traceability system records and follows the trail as products, parts, materials, and services come from suppliers and are processed and ultimately distributed as final products and services. With a robust system for supply chain visibility, and supplier performance analysis, inherent product and supply chain risks can be mitigated, and purchasing decisions made more shrewdly.